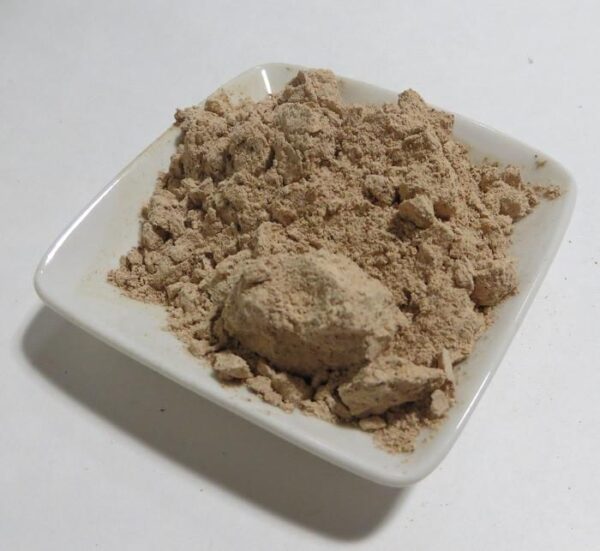 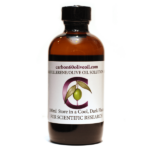 The dried seeds from this plant are used in traditional medicine throughout West Africa, particularly in Ghana as well as in the Ivory Coast and Nigeria. The seeds are crushed or powdered and taken orally, and are mainly used for the treatment of malaria, diarrhea, and as a painkiller. An enterprising Ghanaian hospital started manufacturing standardized 250 mg capsules of the powdered P. nitida seed, and sold them around the country where they became widely accepted as a safe and effective pain relief product. This then led researchers to try to discover the active component of the seeds.

P. nitida seeds contain a mixture of alkaloids producing antipyretic and anti-inflammatory effects along with analgesia.  Several of these were shown to bind to opioid receptors in vitro, and two compounds, akuammidine and ψ-akuammigine, were found to be potent μ-opioid agonists, although not particularly selective. Surprisingly the main alkaloid from the seeds, akuammine, was found to be an opioid antagonist when tested in vitro and canceled out the effects of the active agonist components.  This finding contradicts the belief by some pharmacological scientists that there are no naturally occurring opioid antagonists.

Given the confirmed activity of the whole seed extract in humans, this makes it likely that akuammine is in fact being metabolized once inside the body to form a metabolite acting as an opioid receptor agonist.

Akuammine is the main alkaloid found in the seeds, comprising 0.56% of the dried powder, indicating that the 250 mg “Picap Capsules” sold commercially should contain approximately 1.4 mg of akuammine, plus 0.085 mg akuammidine and 0.015 mg ψ-akuammigine. Akuammine is structurally related to both yohimbine and mitragynine, both of which are alkaloid plant products with uses in medicine.

*These statements have not been evaluated by the FDA. This product is not meant to diagnose, cure, prevent or treat any disease. Information provided is for educational purposes only.

There are no reviews yet.

Be the first to review “Aukuamma Seed Powder” Cancel reply

You've just added this product to the cart: